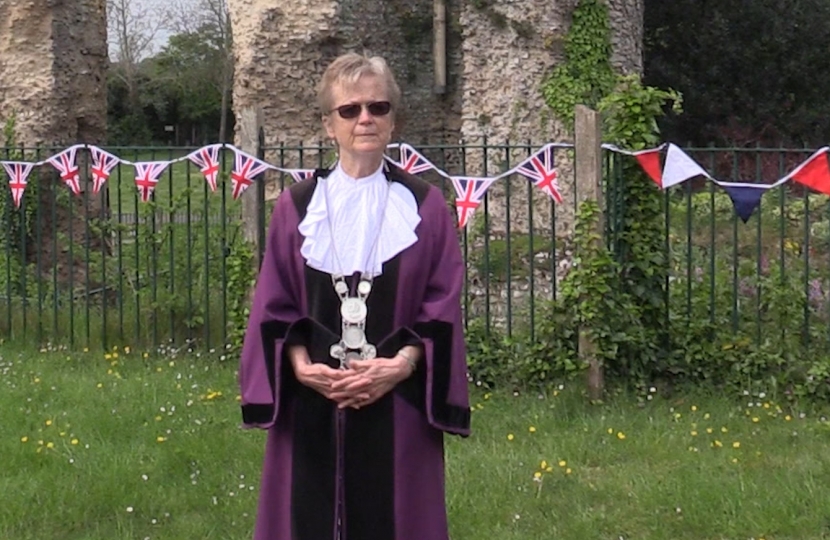 Cllr Judy Cloke, Ward member for Bungay & Wainford has been the Town Reeve for Bungay since December 2019. The position is a unique civic role dating in part back to the 1600s. The Reeve is also the head of The Bungay Town Trust. The Trust was the body responsible for civic governance in Bungay until the Urban District Council was created in 1910.

The town was fortunate to have a “Town Purse” which had built up over the years from legacies of land, buildings and monies bequeathed by residents. Administrators of the fund didn’t want these contributions absorbed into the Urban District Council’s funds. The Bungay Town Trust is now a registered charity and it ensures that the Town’s Money remains ring-fenced for the sole use of Bungay and free from political and national influences.

As a Town Reeve, Cllr Cloke’s role is busy and varied. Dressing in her robes and chain, she attends various civic functions across the county, hosts the annual town dinner and raises funds for the charities she supports during her year in office. Cllr Cloke’s chosen charities/ projects has been the East Anglian Air Ambulance and raising funds for the building of the Community Centre. Cllr Cloke, who is also the Chair of the Bungay Community Centre Trustees, helped to secure the funding for the Centre which is now under construction.

In March, Cllr Cloke prepared to hold a stall at Bungay’s Garden Street Market to raise funds by selling plants grown from seed and cultivated from her own garden. The first national lockdown altered these plans. As an alternative to selling on the stall, an advert was placed on Facebook for the sale of over 400 plants. Sales began slowly but grew rapidly due to the closure of garden centres. The overwhelming response resulted in the sales of tomatoes, cucumbers, lettuces, cabbages, sweet corn, pumpkins, courgettes, assorted types of bean, strawberries, rhubarb, lily of the valley, lupins and sunflowers. Over £530 was raised for the charities. Her fundraising plans for the 2021 will see her continuing to raise money for the construction of the Community Centre and the East Anglian Air Ambulance.

Cllr Cloke was thrilled to be invited to serve a second term as Town Reeve.

She said: “I was stunned at first to be asked to do another year, but I am pleased because it gives me the opportunity to progress many of the projects I have started.

“I was particularly disappointed not to be able to host the town dinner, as it is a big event in the town’s social calendar but I hope to hold it next year in the new Community Centre.” 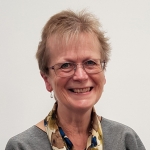 Judy has lived in Bungay for nearly 40 years.  She and Brian have two adult daughters who were educated in the town.